First look at the Unity port!

When I started the port I thought "this is gonna take way long" yet that's a huge step forward for Omega Moon, Unity will slowly become my new main engine, which will lead me to a lot of new stuff AND will take a lot more to make games, I think it will look graphically similar as it already is aesthetically wise (something similar to episode 3), but till the game will be at least playable I'll focus on the PC version only, which means no phone and console support and no longer web versions for a bit. 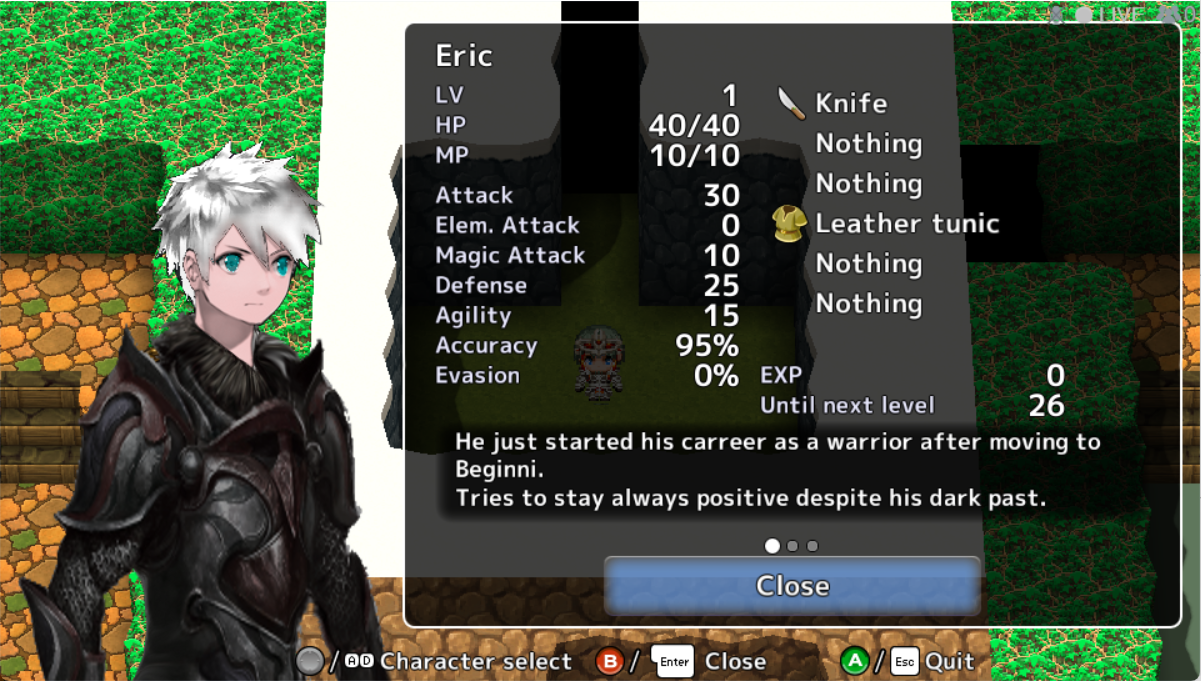 take a look at a very early stage screenshot! It looks very similar to the episode 3, but I changed it a bit, starting off by remaking the same Eric character sprite in game, even if his portrait is different because the interface is different and this kind of illustrations will look better, I promise a playable version will come very soon! Thank you for following the development of Omega Moon, I love you! <3